The History And Meaning Of A Viking Arm Ring 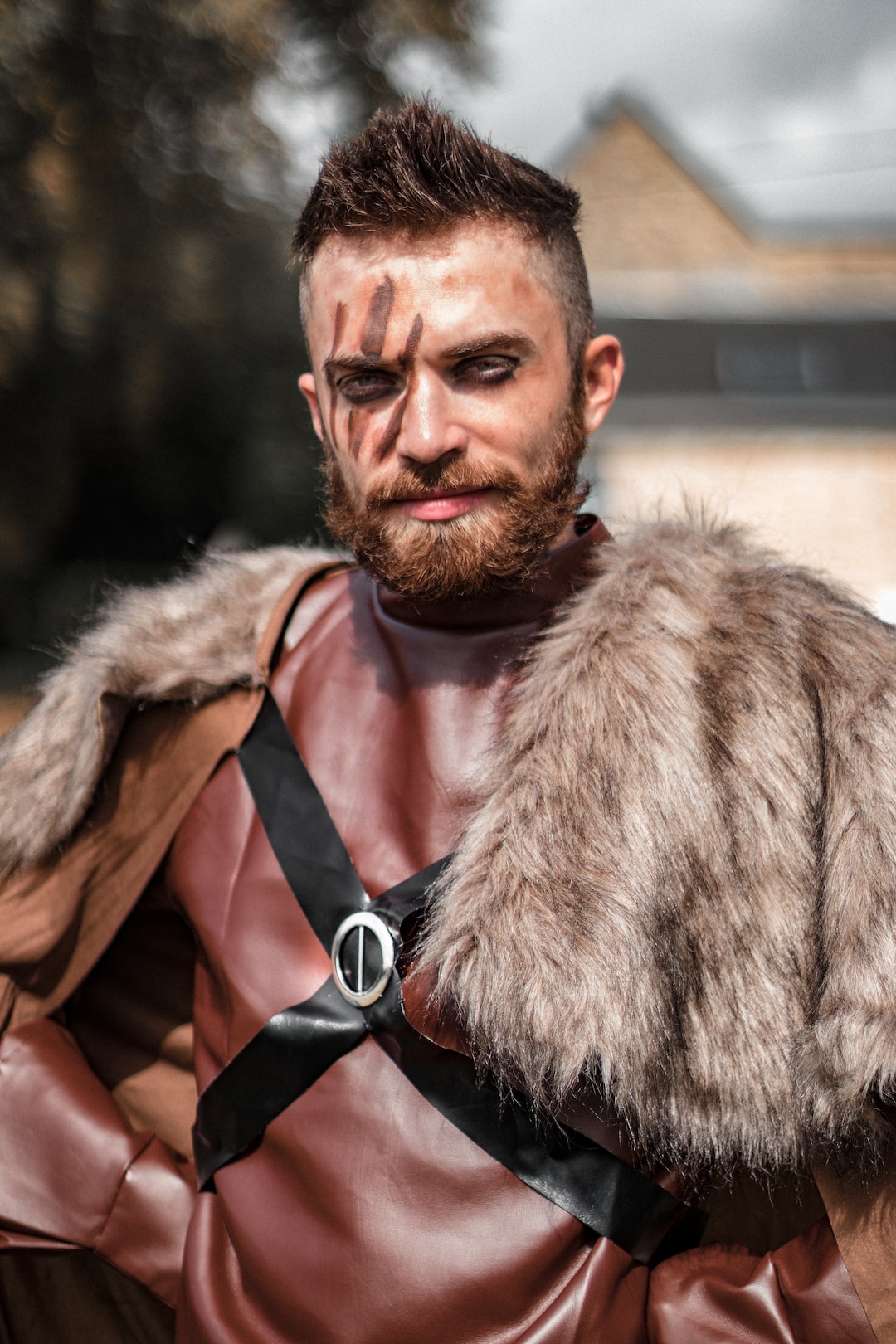 If you have ever seen someone wearing a Viking arm ring you may have pondered the meaning and history of that unique type of Viking Jewelry. They were much more than decoration to the Norse people of Scandinavia. A Viking arm ring was decoration, status, wealth, loyalty, love, family, tribe and a sign of manhood and skill at battle. It was all of these things and more to a Viking. Their designs often included symbols from Norse mythology such as wolves, ravens, snakes, dragons and bears. These symbols invoked the power, protection and blessing of their Norse Gods. These symbols often represented their favorite Gods such as Thor, Odin, Freya, Frigg and others. What could be more meaningful to a people that depended on their family, their tribe and their Gods to survive and thrive in medieval times?

Viking arm rings also had a more practical use as a means of currency for barter and trade. Arm rings had value based on their material. The most common currency of the Viking age was made of silver or gold but gold was much more expensive and rare so silver would have been more widely used. A silver arm ring could be broken or cut into pieces and used very much like coins. This was called “hack silver”.  In the Viking age, a coin’s worth was based on its weight in silver. Interestingly, people of that time would also cut coins into smaller denominations for smaller purchases. A merchant would use a small scale with counterweights to measure the weight and value of the silver pieces.

Often, new discoveries of Viking hoards of jewelry in graves, burial mounds, bogs and swamps revealed many small shapeless rods of gold, silver, and bronze. The evidence has been found all over the areas that Vikings lived, raided and colonized. The pieces that were used as currency were generally unremarkable and had very little or no carvings or designs on them at all. They were coiled like a snail’s shell and made of a malleable metal that folded easily, could be hacked apart, or reassembled on the arm in such a way that they provided a snug fit. This hack silver was often left with the bodies of the dead for use in the afterlife. Who doesn’t need a little spending money for mead in Valhalla?

As mentioned above, Viking arm rings were symbols of status and wealth. Obviously, if you had several arm rings of bronze, silver or gold you were wearing a lot of wealth and convenient currency. A successful leader, lord or king would be obvious to everyone by his jewelry, weapons and armor.

One of the most important uses of Viking arm rings was as a sign of a child’s passage into manhood. Sons were very important members of a Viking family. As the men of the community were often off raiding, warring or trading across Europe for many months of the year, the young sons of a village were given much responsibility while their brothers, fathers, uncles and lords were away. Of course, many women of Viking times were voyagers, raiders and traders. Many shield maidens became as famous as their husbands and even became leaders among their people. This left much responsibility on the shoulders of the young men at home. From a young age they were expected to be loyal, brave and strong. They would have learned much about farming, fishing and fighting and would have been important members of the family and village. When the time came for a boy to leave behind the things of childhood and become a man it was a Viking arm ring that would have been a symbol of this rite of passage. Often the leader, jarl or king would bestow an arm ring to the young man as a gift. This was much more than a gift. It was a symbol of the young man’s loyalty to that leader. At this point, the teenager would be considered a man and would be free to join his family members on voyages of trading, raiding, colonizing and conquering. His arm ring would be a powerful and meaningful symbol to everyone that he was a man and a possible future leader and important defender of his community and his tribe.

It is believed that Viking kings, lords and warriors would take an oath to uphold their allegiance and commitment to one another even unto death. This bond would bind them to their comrades until the bitter end. This was an unbreakable link that was constantly maintained at all costs and in spite of all obstacles. It was common practice for kings to present arm bands to their most devoted subjects and to the warriors who served under their command. This was done by the King as a demonstration of his generosity and provision for his subjects. Loyalty among family members, tribe members and leaders was important to everyone at this time. Life was difficult and everyone depended on the community for survival. Their oath was a powerful promise to their tribe and their leader to defend them to the death. The Viking arm ring was the symbol of that oath.

This oath was historically known as the oath of loyalty and dignity. The Viking arm ring served as the binding factor to this pledge, and taking an oath upon it meant taking an oath upon everything that you held dear and true. It was impossible to recant such an oath after it had been taken. It was common practice, particularly during the initiation of new warriors, for the king to preside over a session of oath-taking among his warriors and the new recruits. This was done to welcome the new warriors into the fold and to provide his army with a sense of belonging. This practice was especially prevalent during the initiation of new warriors.

As the married men of the Viking age prepared for journeys at sea that may last for several months at a time, they would frequently make arm rings as a token of their love for their spouses. The man was sending a non-verbal message to his wife, reminding her of his love for her and requesting that she be faithful while he was away by performing this action. Maintaining that they will come back and make up for the lost time. The pair had some unique markings and engravings added on these sentimental artifacts so that they would always remind them of each other.

Arm rings are constructed in a manner similar to bracelets and are intended to precisely conform to the wearer’s upper arm in terms of size. They were constructed of valuable metals like bronze, silver, and gold. Armlets and armbands are two alternative names for these items.

The history of Viking arm rings can only be comprehended once the history of Viking jewelry has also been comprehended. It is well known that the Vikings were notorious for pillaging and stealing from palaces and churches throughout their time in history. The amount of loot that they were able to steal during their initial raids on churches, monasteries and villages served as motivation for them to carry out further thefts. As soon as they discovered that the world was much broader than their little island and that there was lots of precious metals to be taken from unarmed priest and monks, they had no hesitation about what they needed to do in order to obtain it. The fearsome disposition of the Vikings, along with their firm faith in their gods, inspired dread in the hearts of everyone who came into contact with them. Because of their unkempt appearance and tough demeanor, they encountered little opposition in many of the territories that they raided. They were terrifying bearded pagans that did not believe in Christianity and believed that glory could be achieved through raiding, riches and dying in battle. They could achieve the ultimate goal of warriors and shield maidens of attaining Valhalla. These pagan wildmen did not fear death in battle, they welcomed it as the path to their own version of heaven.

Vikings were well known for their jewelry making as far back as the 9th and 10th centuries. Hoards of Viking jewelry have been found all over Europe and beyond. Vikings were very skilled at making jewelry from tin, bronze, iron, silver and gold. They made very intricate and beautiful designs and used many Norse symbols, animals and forms from nature. Ravens, wolves, dragons and many mystical symbols that had much deeper meanings than just decoration. Jewelry representing the Thunder God Thor were very popular among Vikings and were believed to provide protection to the believers. Who better to protect you than the mightiest warrior of Norse mythology?

A common method of jewelry making was the lost wax method. This method has been used by artists for over 6,000 years. Vikings probably learned the technique during their distant travels. The jeweler would make a wax model of the item they were creating and then encase it in wax to create a mold. The artist would then pour molten metal into the mold. After the metal cooled and hardened, the artist would break and remove the wax mold revealing the piece. Vikings became very skilled at creating very intricate and beautiful jewelry of tin, iron, bronze, silver and gold.

Raiding and trading across Europe and beyond had its advantages. Vikings were able to procure materials, methods and ideas from different cultures around the known world and bring them home for the benefit of their families and communities. This included their jewelry making techniques.

Viking jewelry has a rich and long history going back over 1,200 years. The Viking people loved their jewelry and most of their pieces had deep and profound meaning in their lives. Like a wedding ring; Viking arm rings, necklaces, brooches and rings had much more meaning than as decoration. They were important symbols of status, community, family, tribe, loyalty, manhood and love. They were also worn to gain the protection and blessing of their Norse Gods. What could be more powerful and meaningful to a man or woman of the Viking age?